Having recently been renewed for a fourth series, Riverdale has enthralled fans for the past three years with its plot and characters surprising audiences everywhere with unexpected twists and turns.

It’s fun and enjoyable viewing but there are a few key elements that really make it worth a watch.

1. It has the same sporadic and surreal feeling you get from the comics.

The Archie Comics are something a lot of adults and children have grown up with. They always had a surreal feeling where anything was possible within the boundaries of the comic book ‘Riverdale’ and in many ways that has carried on into the TV show. When the characters break into song or get haunted by a gargoyle king, it is exactly the kind of bizarre storyline you would expect from the comics, and it makes for entertaining viewing.

2. None of the characters actually fit a ‘type’ anymore

At the start of the first series it felt like every character fit into a box, as it can often feel with TV shows about high school. We had Betty the clever one, Archie the sports star who wants to be a singer, and Veronica, the new girl from New York who isn’t quite used to small-town life yet. What’s really great though is how as the seasons have gone on, each character has been given the chance to grow, as most teenagers do. None of them are who they were when the show started, and its refreshing to see a show willing to explore how none of us ever really do fit in boxes. Even Jughead’s dad goes from being the leader of the ‘Serpents’ to town sheriff.

About once a season the Riverdale cast get their dancing shoes on and break into song for an entire episode. Using the songs (albeit adapted) from a hit musical such as Heathers, the characters sing their problems away and it’s surprisingly fun. It gets all of their angst out there to the world, showcases the exceptionally musical cast and is an all around fun time.

Let’s be honest everyone loves a good bit of romance and Riverdale could not be more full of it. Whether its the rekindling of high school romances amongst the parents, or the blossoming of young love, the show is not afraid to get their characters together. But interestingly, they are also not afraid to break them up. You never quite know who will still be together by the end of a season, or more realistically by the end of an episode, and there is never a shortage of love to get you through some of the deep, dark secrets haunting Riverdale.

5. Nothing is off limits

As the show has progressed the plots have become increasingly unexpected. Who would have anticipated in Season One that a spin-off version of Dungeons and Dragons played when the parents were in high school would be haunting the lives of the teenagers, as a ‘gargoyle king’ forced students to sacrifice themselves?

6. It keeps you guessing

In Season One I honestly was sure I had a solid theory about who was responsible for killing Jason Blossom, and in Season Two I was absolutely convinced I knew who the black hood was, but both times I couldn’t have been further from the actual answer. The plot is complex and bizarre and it’s captivating.

Archie may often feel like the main character, but the show is really carried by its women. Not only are they intelligent and completely capable of thinking for themselves, they are confident and willing to push boundaries. Veronica especially is unafraid and determined to assert herself, and its refreshing to see.

It’s hard not to get a dose of nostalgia from this Suite Life of Zac and Cody actor as he once again graces our screens. He’s returned with a far more refined acting skill and is definitely one to watch for the future.

In all honesty, Betty’s outfits are exceptional and it’s hard not to end up searching for every one of them online. The costume design fits the characters and their comic book origins whilst also being really fashionable.

Whether it’s the black hood appearing at a town hall meeting or an epic showdown between Veronica and her father, Riverdale is full of moments where you’re sitting on the edge of your seat. It’s exciting, it’s surprising, and really it’s fun TV.

Riverdale is currently airing its third season on Netflix in the UK. 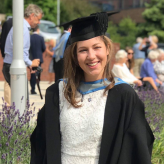 ITV's hit crime drama The Bay coming to DVD in May