Soho, a brand new show at the Peacock Theatre, braids circus, dance, martial arts and music to create a visually spectacular, albeit one-sided homage to the district and its history.

One of the most vibrant and recognised parts of London, the gentrified entertainment mecca is home to countless media agencies, bars, restaurants and production houses, having once been the seedy base of the sex industry. Ask a Londoner what they associate with the area and they’re likely to say music, film, fashion, gay pride, punk, burlesque, drag queens, Chinatown, theatres, knocking shops, boozing and having a good time.

That’s a lot to pack into a show and the production team has opted to favour the more camp, colourful and sleazy aspects of Soho’s past. Conceived and directed by Abigail Yeates, there’s plenty to enjoy and much to lament as the show weaves through the 50s onwards to the days of Cool Britannia, the sordid 80s, 90s raves and, less successfully, the 21st century.

The overarching message is that ‘anything goes’ in this pocket of London, so don’t feel bad if you sit in the audience questioning the plot – just roll with it. I expected to witness one man’s 24 hour adventure as he gets drawn towards the attractions and characters which make the setting a unique experience, but the ‘storyline’ disappears into snapshots of Soho throughout the ages.

There’s a central character (depicted by the pole-climbing, body-popping Italian marvel, Alessio Motta) but his abstract journey is confusing. He emerges here and there, leaping through time to work in Chinatown, catch a peep show, pump iron at a gay gym, witness the peace and love movement, find the punk era, meet new people, catch a drag act and generally bewilder the audience.

Arguably, that’s rather fitting: any Londoner will tell you that a planned night out in Soho could end in a thousand different ways and you’re unlikely to make sense of it all afterwards, despite having a pleasant time. That accurately sums up how I felt after watching the show.

Unfortunately, some sections have a counter-effect. Inserting a bathroom scene, to reflect the residential appeal of the area, was plain weird until I read the programme on my way home. And who associates fox-hunting with Soho? Not me.

Dodgy scenes aside, each of the cast is exceptional in their discipline, whether it’s aerial stunts from Charlee Rico DeBolla, street dance from Kayla Lomas-Kirton or human towers from Loric Fouchereau, Peter Freeman and Camille Tremblay.

Martial Arts expert Anton Simpson-Tidy impressed with a graceful Chinatown solo including knives and swords, while Danny Ash’s drag queen, spinning on aerial curtains, had plenty of cheeky charm. Some of his moves were hidden from the side stalls thanks to tables on stage (also the case with a tremendous sequence from Rebecca Rennison), but Leah Wolff’s exquisite peep show, on an aerial hoop, was better arranged.

The cast deserves a clean-sweep of five star reviews for their individual and collective efforts, but Londoners won’t be so generous: we know Soho too well. The multicultural district, popular with people of all ages is represented by a predominantly white, youthful-looking ensemble. A few mature characters and greater diversity would be more authentic.

Soho, the show, is an ambitious spectacle: the acrobatics are breath-taking, the choreography is slick, the costumes are beautiful and the soundtrack is something I’d download. Merging media, music and circus to showcase some of the narrower avenues of an area encompassing many roads for exploration, you might not approve of the route it takes, but you’ll appreciate certain sights along the way. 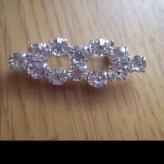 No Place For a Woman review