Little Big Town – Karen Fairchild, Kimberly Schlapman, Phillip Sweet and Jimi Westbrook – have firmly established themselves as one of the leading groups in Country Music. After 18 years in the industry, the group continue to have huge success with their most recent album Pain Killer becoming one of their most successful.

In 2015 the group found themselves in a ridiculous controversy when their single Girl Crush was misunderstood by some radio stations and Country music fans, who accused the song of promoting homosexuality. In actuality the song is about a woman wishing she were the girl her lover has left her for. Regardless of the controversy the song has gone on to be one of their biggest hits.

Little Big Town were part of the first ever C2C: Country to Country festival back in 2013 where they supported headliner Tim McGraw. The quartet launched the 2016 festival last autumn by performing a headline gig at The Brooklyn Bowl at London’s O2 Arena and they will be performing on the main stage during this year’s festival.

Little Big Town will perform at C2C: Country to Country at London’s O2 Arena on Saturday 12th March 2016. Watch the music video for their hit Girl Crush below: 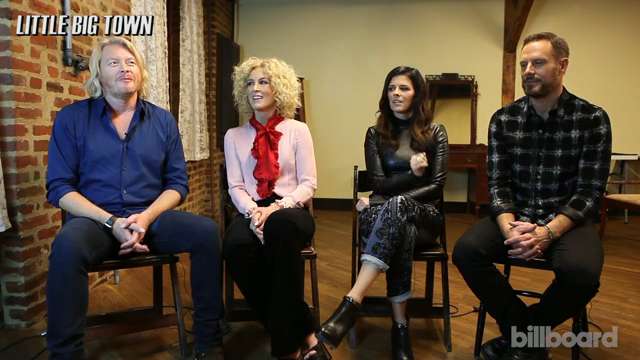